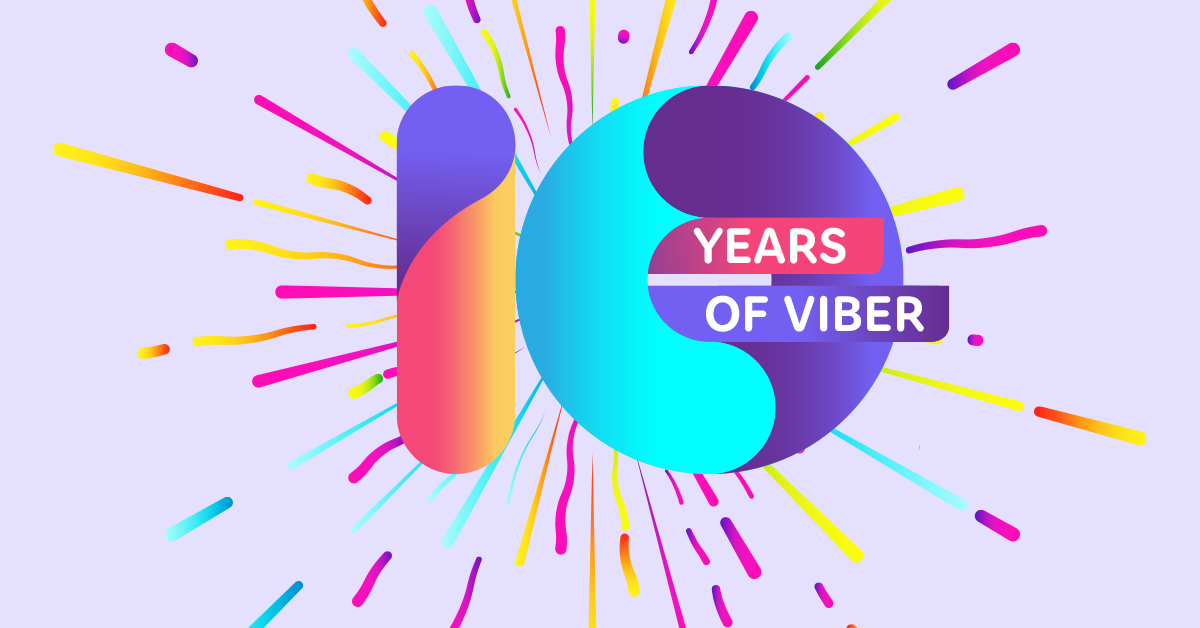 Over 10 years ago, a group of friends realized there was a challenge they had to solve.

As one of them was in a long distance relationship, and feeling the painful reality of expensive phone bills of international calls, this group of friends managed to turn that pain into an idea – offer free mobile-to-mobile calls over the internet (VoIP). On December 2nd, 2010, a purple app called Viber was introduced to the world.

With its launch, Viber disrupted the telecommunication scene as it offered a simple way for everyone, anywhere, to have unlimited free calls. At the time it was, literally, unbelievable.

10 years later, we’d never imagined this small idea of connecting people freely would lead to more than 1 trillion free calling minutes made on Viber over the past 10 years. This is the equivalent of one phone call lasting more than 2 million years! Pretty incredible. 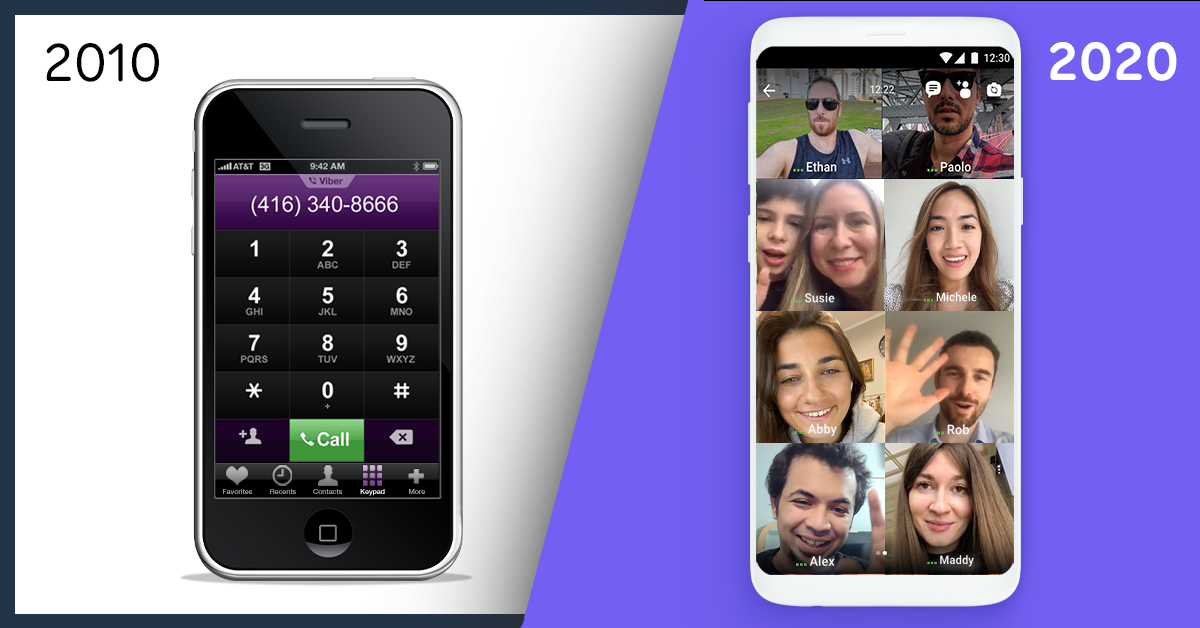 Viber quickly turned into a messaging giant – providing a safe and secure space where trillions of messages (yes with a T!) have been exchanged. People on Viber can express themselves freely and fully, knowing what they share is only seen by the people they choose. 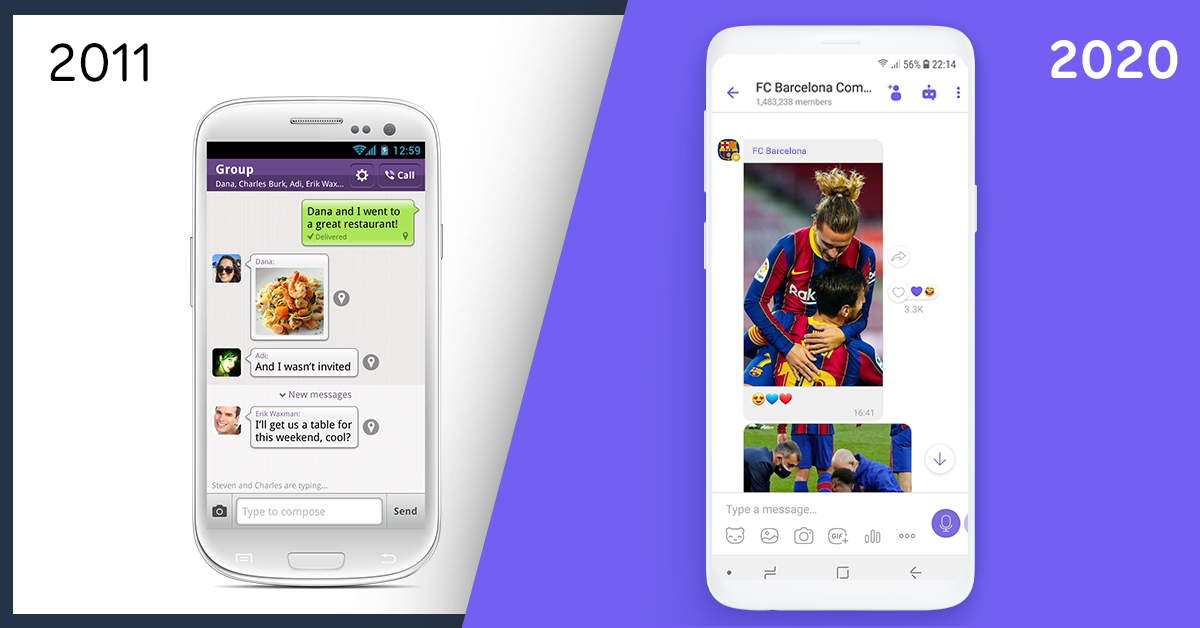 Over the years we’ve created more and more ways to allow you to chat, call and talk with the people you care about, while keeping our core promise of being the most secure messaging app in the world.

Viber’s role in allowing freedom of speech is tied to our core value of “Privacy First”. This is why we have end-to-end encryption on all private chats and calls – by default – since 2016.

The “by default” part is key – as it means end-to-end encryption is always ON at Viber. When you chat on Viber, only you and the people in the chat can read the messages – not even our engineers can access the content of your chats and calls – and that will never change.

In 2020 we’ve upped our privacy game, by adding disappearing messages in all 1×1 chats. Making it easier than ever before to send self-destructing messages in chats.

Viber’s journey over the last 10 years wouldn’t have been possible without the time and effort invested by over 800 Viber team members over the years, who are the heart and soul of the company. For most of you they are anonymous but – trust me – they are the best team one can ask for.

Enough about the past, let’s move on to what the future holds.

The amazing possibilities we will gain with 5G networks and what it will bring to our world is only the tip of the iceberg. With more everyday uses of AR, VR and AI within Viber itself – our physical and digital lives are going to merge. In the future, the differences between the two worlds will disappear and users will expect the same capabilities of expressing emotions and interacting with their friends in their digital life, as in their physical life.

However, in a nearer future, especially during these troubled times, there is one important question in our industry that we need to address:

How do we keep instant communication free, secure and private for all?

The answer is simple:
Interoperability.

Today, messaging apps are closed networks, preventing you from starting a chat with people on different apps. Introducing interoperability in messaging apps means people will be able to exchange instant messages across platforms and competing messaging apps.

Imagine choosing the messaging app that you like with your favourite features – like Viber – and being able to send through it messages to people on other apps like WhatsApp, Facebook Messenger, Wechat or Signal. Makes total sense, right?

For this to happen the tech world would need to open up to the idea – just like telco companies did in the past to encourage competition and better serve their customers.

With freedom of choice, you could decide the interface and app you like, and you would not be forced to join a platform you don’t trust, in terms of privacy or data collection, just so you could interact with anyone on any other messaging app. It would increase the freedom users have to use the best platform for them, it would be a great incentive to increase privacy and it would ensure a real variety of choices for users.

Viber’s growth and success is all thanks to YOU, our amazing users who choose Viber as their home for safe, secure, free and fully expressive messaging and calling.

To celebrate our birthday, we thought it would only be right for us to give back to YOU. There are millions of gifts waiting for you inside Viber’s Wheel of Fortune chatbot. Grab them now using this link.

Thank you for your trust.