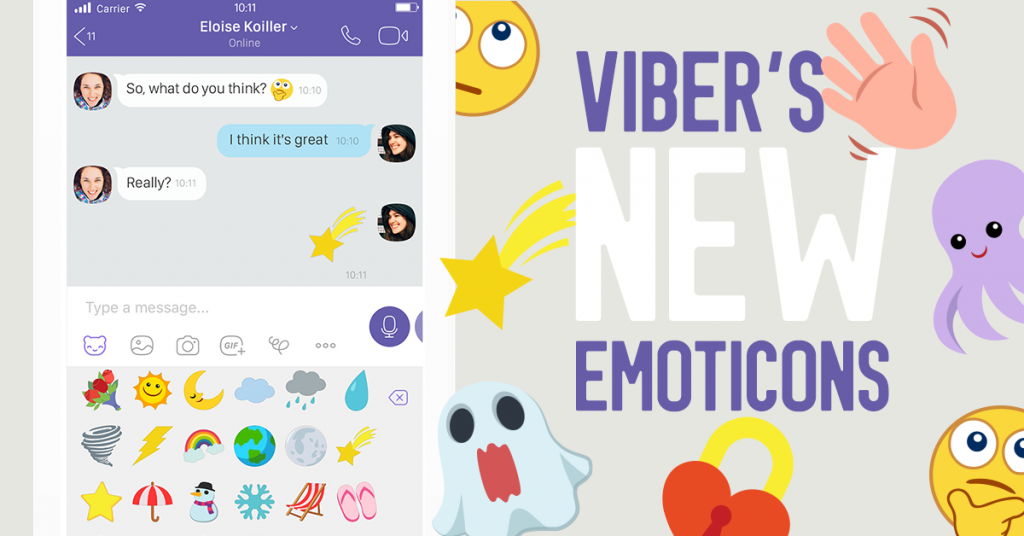 Everybody loves emoticons. They are a central feature of any chat, just because they can add so much without words:

Viber’s emoticons have been around since 2013, and now, we’re super excited to unveil 74 fresh new emoticons, to give you more ways to express yourself. Added to our popular existing emoticons, you now have 287 emoticons to enrich each and every chat!

Some new emoticons to look out for

at the end of the classic smiley faces, for those times someone says something dumb;

, which is with the porcupine

among the animals, perfect to let a friend know they told you old news;

next to new weather emoticons

The icing on the cake?

Whenever you send a single emoticon in a message, it will appear in supersize.

Android and Desktop users may already know this feature, now iPhone users can join in the fun

Check out all Viber’s emoticons on your app and add more to your chats. Why not tell us on Twitter which is your favorite new emoticon!