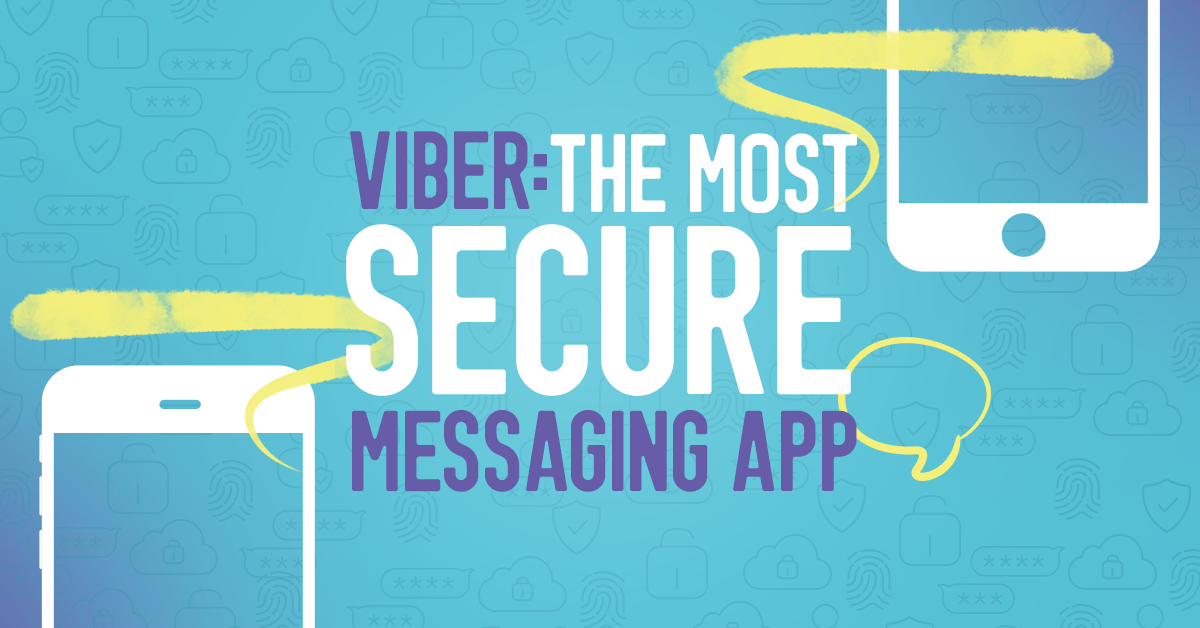 While many social app users around the world are still trying to get over the major data breaches that have recently become public, it seems more troubling news has been coming to light. It has been confirmed that other messaging apps are reading users’ personal and private chats for many claimed reasons – from public safety to controlling what content is shared. But more commonly, the access to content of private chats is intentionally used for commercial reasons.

Some messaging apps claim that they protect your private conversations, but, in reality, only partial measures are taken, and the rest leave you exposed. Here are four reasons Viber is the most secure messaging app:

1. Viber can’t read or listen to any of your chats and calls

Unlike other messaging apps, Viber simply can’t read your personal chats – including one-on-one chats, group chats, audio and video calls. We can’t access your messages since we use end-to-end encryption by default. This means that all your private and group communications are completely encrypted so that only you and the people you’re talking to can read or hear them.

Since Viber’s end-to-end encryption is set to ON by default, you don’t have to worry about turning on the option in your app settings. This isn’t the case with many other messaging apps that offer end-to-end encryption – they specify that this is part of their features, but don’t let you know that you have to turn it on in their settings first.

Viber lets you delete any type of message you’ve sent, not only for yourself but most importantly for everyone in your chat, giving you the control if you regret sharing anything. You can delete them at any time, be it a few seconds or even years later.

Viber was the first global messaging app to introduce delete messages feature over two and a half years ago. Since then, the feature has been used over 5 billion times!

While Viber’s end-to-end encryption by default gives users peace of mind, certain messages require an added sense of privacy. Sometimes you share sensitive information or pictures in your chats that you’d prefer would disappear automatically from the other person’s phone once they’ve seen it.

Secret Chats lets you set a self-destruct timer for every message in your conversation so that after your message is read, it’s automatically deleted from their phone. If you wanted to share your credit card information, for example, sending it over a Secret Chat would be the ideal solution.

Messages in a Secret Chat can’t be forwarded and screenshots are either totally unavailable or alerted to you by an instant notification in the chat screen. Secret Chats are distinguished with the lock badge by the chat list.

4. Hide sensitive chats from your chat list with Hidden Chats

Planning a surprise party for a friend in a group chat and want to be sure they don’t accidentally see it?

Hidden Chats lets you keep whatever chats you choose separate from your main chat list, so that it is not shown in your regular chat list. You can access Hidden Chats only with a PIN that you set.

When it comes to the privacy of your personal conversations data, make sure your messages and calls are made on a messaging app that gives you 360° security and privacy measures. Being the only global messaging app to offer the four features above, you can rest assured that Viber is the most secure messaging app around.