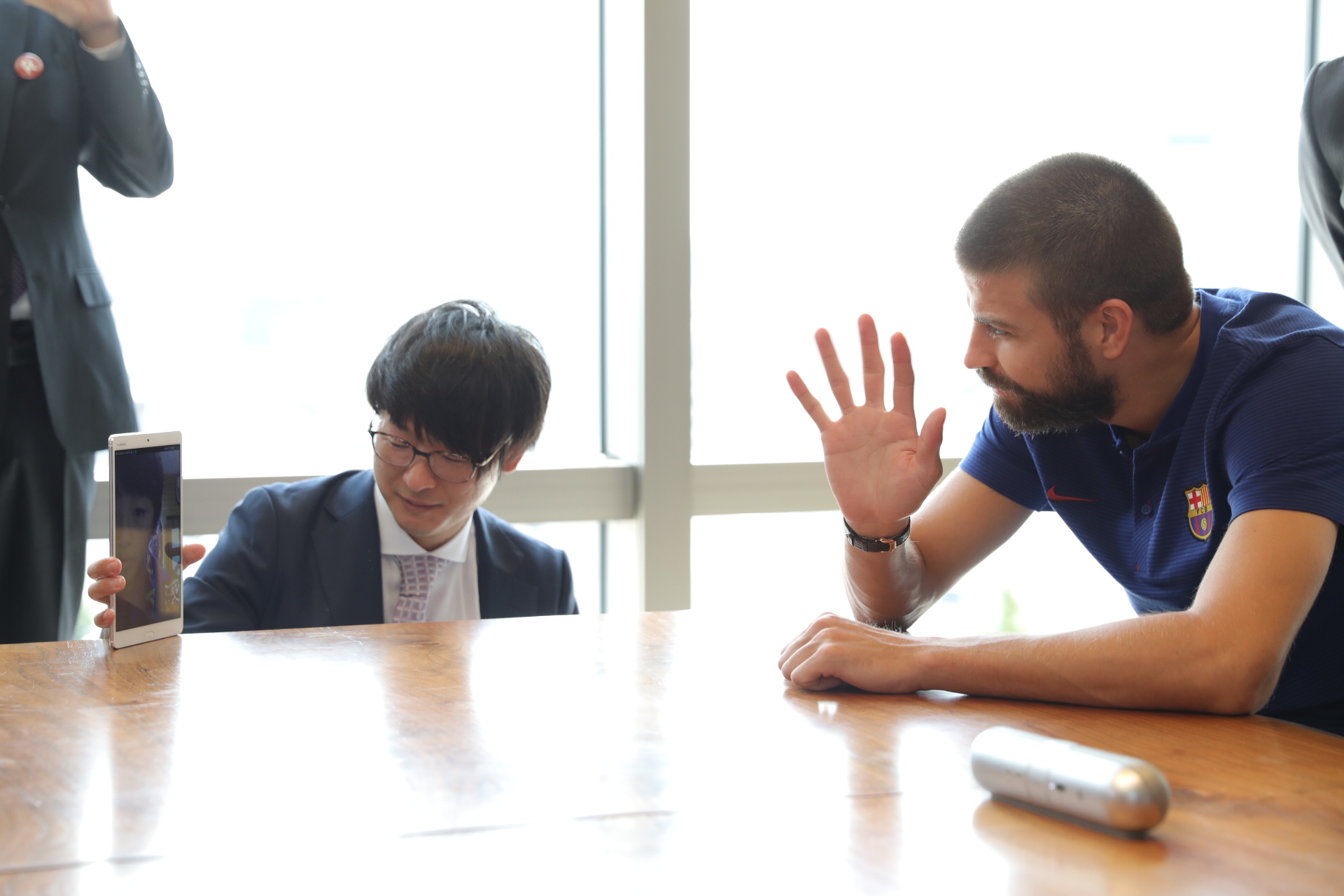 Being a part of the Rakuten family sure has its perks, and since Rakuten is now FC Barcelona’s Main Global Partner, Viber has become the team’s official communication channel! The partnership between Rakuten and the elite Spanish football team will continue for four years in which time Rakuten will serve as the team’s Main Global Partner and first Global Innovation and Entertainment Partner.

With Viber as the team’s official communication channel, the club and its fans will be able to connect with one another like never before. The post below was first published on the Rakuten blog and describes a conversation between two lucky FC Barcelona fans, Junno and Ryu, who got a once in a lifetime opportunity to speak with their favorite team players using Viber.

Imagine: Your phone rings. It’s a video call. You swipe to answer, and before your eyes appear none other than four of the world’s greatest footballers. Meet Leo, Neymar, Gerard and Arda!

This dream scenario came true for two young FC Barcelona fans, Junno and Ryu, last month, as they chatted with Blaugrana superstars Messi, Neymar Jr., Pique and Turan via a Viber video call in Tokyo. The two 8-year-olds were the lucky winners of a campaign offering fans a chance to take part in a video chat with their footballing heroes.

The Barca stars were in Tokyo celebrating the beginning of a new partnership by which Rakuten became FC Barcelona’s Main Global Partner for the next four years. In between media interviews, a visit to Rakuten’s Tokyo headquarters for a Q&A session with employees and a surprise stop by Shibuya’s Rakuten Cafe downtown, the players took time to sit down for chats with the two excited winners via Viber, FC Barcelona’s “Official Communication Channel.”

“Konnichiwa!” exclaimed the players, jumping ahead of the interpreters. The kids responded in kind: “Hola!”

The conversations kicked off with some casual chit-chat:

“What do you think of Neymar’s hair?” asked Pique.

Junno was all business: “How do you stay calm when doing a penalty kick?” he asked Messi.

“It’s all about training,” Messi advised. “All you have to do is practice your penalty kicks very hard, so when the moment comes and you know you’ve trained enough, you’ll be fine!”

Junno had another important question: “How do I get into FC Barcelona?”

Pique nominated Arda to answer: “You have to work a lot, brother!” the Turkish player said, to nods of agreement from the others.

When Ryu asked about FC Barcelona’s objective for the year, Pique took charge: “Win titles and play good football, so that our supporters are happy,” he explained. “Supporters like you!”

The encounter not only gave Junno and Ryu the chance of a lifetime to meet their role models, but also provided the Barca players a unique opportunity to interact with their young supporters in Japan, with Viber as the intermediary.

The campaign isn’t the only way Viber is celebrating the partnership. Earlier this month, the Rakuten-owned messaging platform welcomed the launch of FC Barcelona’s Official Public Account, which treats fans to behind-the-scenes content involving their favorite players. The account has amassed some 4.6 million followers in just two weeks, while a free set of FC Barcelona stickers have been spreading like wildfire across Viber’s vast user base.

In many ways, this touching encounter with the young fans was the perfect way to mark the beginning of the new partnership. Earlier in the day, Rakuten CEO Hiroshi “Mickey” Mikitani had summarized the mood well by highlighting cultural similarities: FC Barcelona strives to be “more than a club,” while Rakuten is committed to being “more than a company… by supporting youth to become leaders of the future and by contributing to local communities around the world.”

At the end of the Viber call, Pique made sure one important message was clear to the young dreamers: “You must have fun, OK?” he emphasized. “Just enjoy playing football.”